the restoration of 'whimbrel'

a work of love 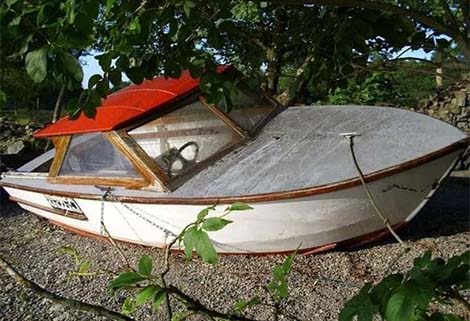 About six years ago, Colin Ogden came across a small boat which had been abandoned and left to rot on the lakeside in Bowness on Windermere.

It was in a terrible condition, but Colin, with all his experience as a plumber and heating engineer and with his passion for restoration work, was undaunted. His wife, Lynda, had always wanted a small boat. So Colin bought it for her as a birthday gift.

Lynda, a very special lady, immediately fell in love with it.

"I always said I would buy her a little boat - she cried when I first brought her back on the trailer. She fell in love with her, she was her baby. She was always fussing around her, I taught her to steer her. She loved it."

A member of the RSPB and an avid bird watcher, Lynda named the boat after a shoreline bird known as a whimbrel.

For the following four years, Colin and Lynda worked on Whimbrel, trying to get the boat back into some sort of usable state. But sadly, before their project was finished, Lynda passed away. 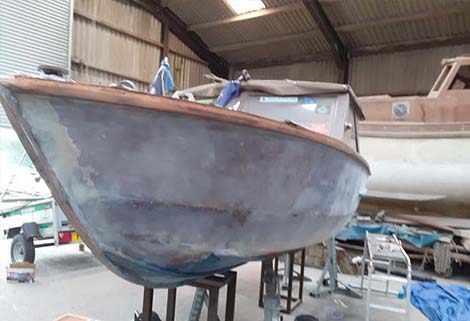 Left to cope with his grief, Colin's salvation came with the Covid Lockdown. He saw the lockdown as an opportunity to do something momentous in his wife's memory. Colin decided to completely strip down and restore Whimbrel and hopefully get the boat relaunched in time for what would have been their 21st wedding anniversary.

Whimbrel, as she was now known, was originally built in 1965 by Shepards Boat Builders in Glebe Road. Through the remainder of the sixties, at least, the boat was used as a water taxi on Lake Windermere.

The engine was a Stewart Turner engine and was much older being built in 1937.

For the following 8 weeks, Colin spent his time stripping Whimbrel down to her bare hull and then painting and varnishing her. The Stewart Turner engine was also fully restored. Colin did all his work at Glasson Dock, and speaks very highly of the security, help and support he received there. 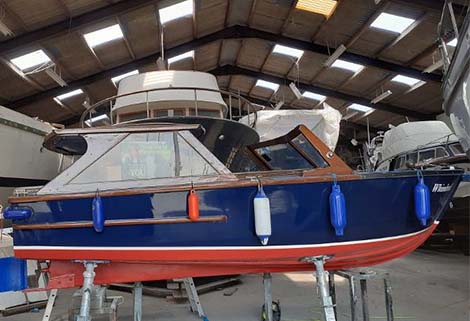 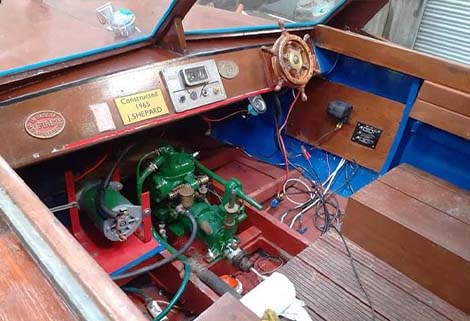 the re-launch of whimbrel

At last, she was ready for re-launching, and the date was set. On 12th August, with a goodly crowd, Whimbrel was relaunched and dedicated to Lynda. 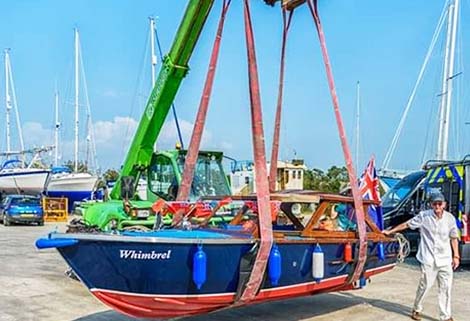 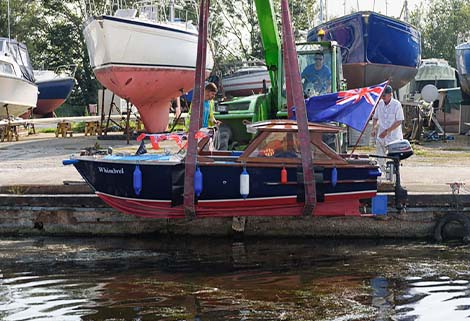 Colin says, "I have done it in her memory and the love we had for each other."

Colin often cruises with Whimbrel along the upper reaches of the Lancaster Canal beyond Tewitfield. Along with Colin, Lynda was an avid campaigner for the restoration of the northern reaches of the Lancaster Canal. The couple wanted to see the reconnection of the 42 miles of the southern canal - from Preston to Tewitfield - with the Northern reaches that go into Cumbria. These were abandoned in the late 50s, and most of the canal was later filled in. 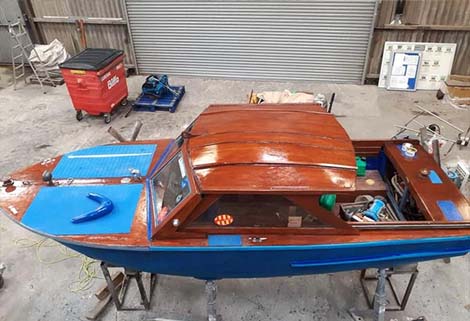 Colin, now already well in to another restoration project, is a regular fund raiser for the RNLI. He is currently planning a mammoth fund raising event with the RNLI for next year.

He also offers himself and Whimbrel for other fund-raising events, saying if he can't sail, he will trail Whimbrel to them.

But Lynda remains at the heart of everything Colin does:

"The restoration of Whimbrel reminds me of how she loved boating and Whimbrel was very dear to her.  I will never part with her, as I promised Lynda. No amount of money will be enough."

I would like to thank Colin Ogden for his story, and Frank Sanderson who took the time and trouble to send me details and photographs. It was Frank who first wrote the story and shared it with BBC TV, BBC Radio Cumbria, and various newspapers and magazines. They in turn covered the relaunch of Whimbrel, and helped to spread Colin & Lynda's story. 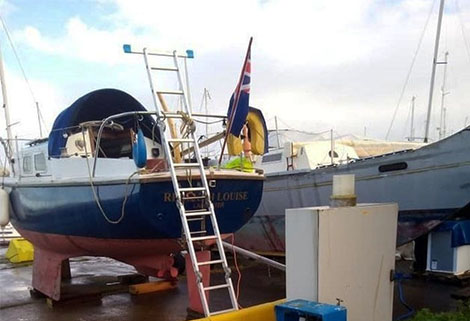 Colin is carrying out this second restoration in memory of their daughter who died when she was only three weeks old. Their daughter would now have been 20 years old.

The vessel will be moored alongside her Mum’s boat at the Aquavista marina in Glasson Dock, near Lancaster.

He explains: “As you can imagine losing our daughter was devastating for us both, it was worse for Lynda. So I have decided to renovate Rebekah Louise in her memory. Both boats will stay together.”