the voyage of friendship – the oxford canal

Home » Miscellaneous » the voyage of friendship – the oxford canal

At last I reached the gentle and picturesque Oxford canal where I wait for my next companion, Helen my best friend from Scotland. Not all middle-aged women would travel to the other end of the country to spend a cold week on a narrowboat but Helen arrived at lunchtime full of enthusiasm. Bunty galloped down the towpath to meet her new aunty.

I had done all necessary engine checks in the morning and tried to start Therapy up, and despite trying my usual tricks with connections and plugs she failed to catch. As I was moored opposite a boatyard I asked the nice man to come and take a look and needless to say his magic hands started her immediately. I did all the boating chores (topped up with diesel, bought a bottle of gas, pumped out the loo, filled up with water and dumped the rubbish) and Helen and I were off. 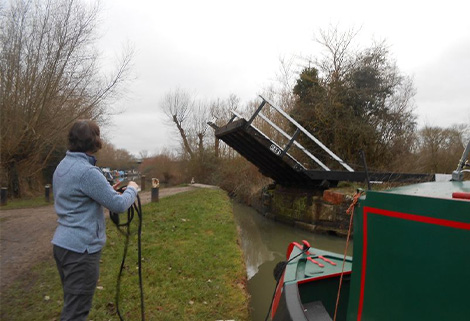 The voyage has been carefully planned around the winter navigation stoppages, which is canal speak for locks being closed for repairs. At Braunston where I will turn off the Oxford and onto the Grand Union Canal, a flight of 6 locks will close on Monday 12th January and we had just a week to get there. It was important to make the most of daylight hours and I had to be a tough captain to have my crew up and ready to go at 8am. Bunty always helped with this.

Mostly the weather was very kind to us with fantastic bright sunny afternoons, despite storms in Scotland that brought down trees in Helen's garden and put out the electricity for thousands. On Wednesday we arranged to pick up a friend Rosemary and we cruised into Banbury just as the sun set and just as Helen's daughter, Alice appeared under a bridge to meet us. Some big winds blew up to challenge us and give us bad dreams about becoming unmoored at night, on Thursday and Friday but our steering skills were improving all the time.

The week went by too quickly and Friday evening found us moored just outside Braunston with a short run into town left for the morning. I did the usual checks before starting therapy only to find that I couldn't get her going again. Helen and Alice had to catch a train from Rugby to London for an onward flight to Inverness and a decision was eventually taken for my poor friends to walk the last couple of miles into Braunston while I waited for the canal AA to come and help me. As I said goodbye, I noticed that Alice had a wriggling puppy secreted about her person as she tried to steal Bunty! 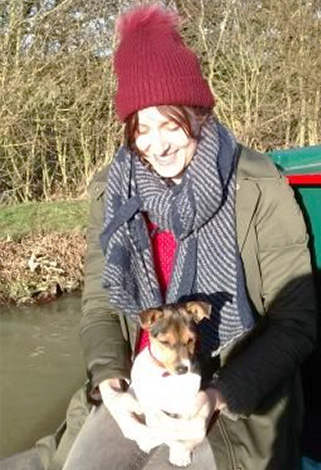 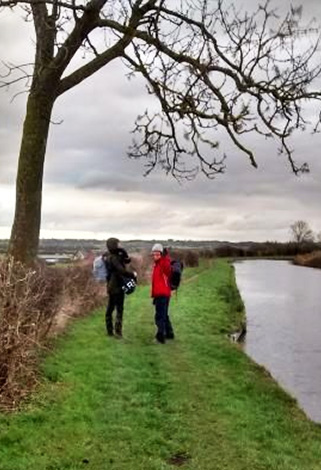 Soon a 15-year-old boy walked towards me waving- he was the engineer come to help me. He quickly and efficiently bled air from the engine and promised that she would start first time every day from now on. He also tried to persuade me that he is 22 but I must be getting old.

I cast off and enjoyed a slow cruise into Braunston, successfully mooring up by myself despite the strong winds. I felt very pleased to be in Braunston on Saturday night, ready to take on the flight of locks before they close on Monday.

I look forward to my next companions arriving and setting off on a new canal that will eventually take me to London.