the voyage of friendship – home for christmas

Home » Miscellaneous » the voyage of friendship – home for christmas

The voyage continued well last week, and I enjoyed my first night spent alone aboard "Therapy", moored in a sheltered spot between Pangbourne and Beale Park.

On Monday morning I met Sue Allen, with her husband Joe (whose birthday it was) and their beautiful wee girls. Sue and Joe have lived on a narrow boat in the past and it was great to have experienced folk with me on the Thames where the yellow boards at the locks sometimes pronounced that the current was increasing. At Goring, Joe and little Trixie left us, and Hannah and Ash came aboard. Sue was Captains mate, her old boating skills obviously coming back, while Hannah and Ash worked out lock duties. 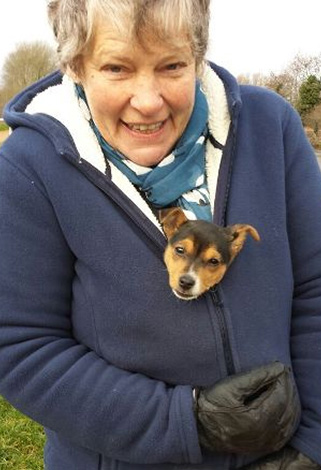 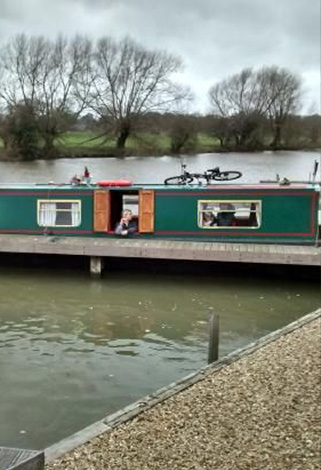 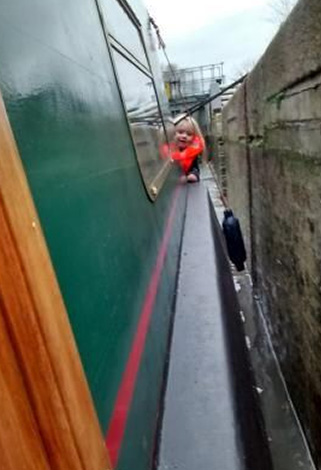 I was delighted with our progress as we reached Wallingford soon after lunch and we decided to press on to Benson. The book showed a great public mooring and we glided into the jetty well before dusk. Sue called Joe, but as we started to arrange a little birthday surprise for him on the boat an officious person approached us to let us know that we couldn't moor here and suggested we moved a mile or so up the river. OK, we cast off again to seek another mooring spot. The sun was starting to go down now and a slight tension crept in as we looked ahead for possible places. I could see a green bank and directed Sue in towards it. As we approached I realised that it was too shallow, but Therapy was already grounded on the remains of a tree. We were stumped! The sun was almost disappeared now, but Ash saved the day when Hannah held on to his legs and he hung over the side to push us off the wood. Once free we cruised on in the fading light to find a very suitable mooring outside Shillingford Bridge Hotel. We quickly re-staged the birthday surprise for Joe, who'd met us with the car and sang a hearty "Happy Birthday" to him. Many thanks to all for an excellent day.

After another cosy and enjoyable night with my puppy, Bunty, Tuesday was set to be a very relaxing day as we'd gone further than expected yesterday. Bunty is settling in well aboard Therapy, and I hope will be a confident boat dog.

Lambourn friends, Katharine and Libby were my "shipmates" today and arrived shipshape and Bristol fashion at the appointed time. Again, the weather was kind, and we had a quiet day's cruising, reaching Abingdon an hour or so before dusk. Our only brush with difficulty was at lunch time. We had moored at a very quite spot for half an hour to eat cauliflower cheese, when the land owner appeared from nowhere to let us know that "we could not moor there". Is this a phrase I will have to get used to on the river? I wished the chap a super Christmas, let my puppy off to pee, and we cast the boat off into the current again. 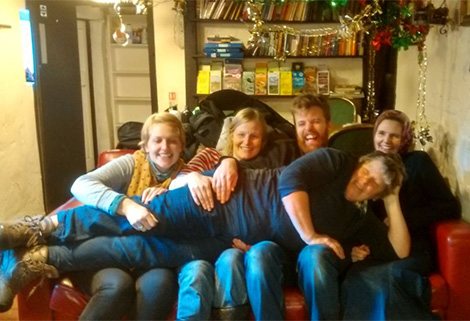 Ewan met us at Abingdon, we moored and locked up the boat and headed home for Christmas.

Happy Christmas and many thanks to all those who've helped me and to those who plan to meet me further on.