the leaving of liverpool

the leaving of liverpool...

...and the journey back

Should all stories start with “once upon a time”? Mine starts in Liverpool in the late 1960s where I grew up in a leafy urban area with plenty of parks for my younger sister and me to ride our bikes in and enjoy the wonderful freedoms that people of my generation took for granted. It was a warm, caring working class family, rich in love but not particularly so in cash. My father, like thousands like him, worked for ‘Fords’ and my mother, part time as a home help. Growing up my career ambitions fluctuated between wanting to be a fireman, a sailor or work in a theatre. The careers advisors’ at school had other, less glamourous options: I remember shop assistant being mentioned. I settled on sailor. 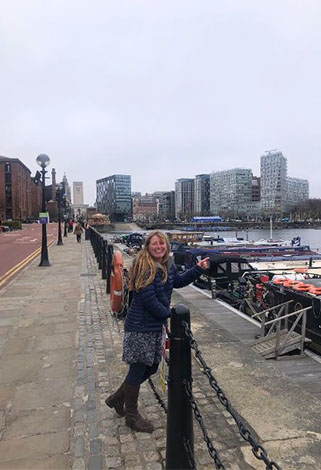 Susan pointing to Salthouse Dock where as a child she first learned to canoe.

The first step to becoming a sailor seemed quite clear, learn to sail. Unfortunately this was not as straight forward as it sounded, sailing lessons were expensive, and I didn’t know anybody who could sail let alone anyone who had a boat. Undeterred I decided to join the Sea Scouts who met during the summer on the local boating lake (that unfortunately was nowhere near the sea). Our craft we very old, very heavy kayaks that we paddled round and round the pond. It was grubby: by the age of 13 I knew the signs and symptoms of Weirs disease, could spot an abandoned fishing hook in the overhanging branches with ease and understood that if you were unfortunate enough to fall in you didn’t put your feet down into in the decades of sludge and mud in the bottom The winter months were dedicated to building a small wooden dinghy that was never finished. Still, I learnt to kayak and full of enthusiasm and confidence I joined the local canoe club.

The canoe club met on the same pond, in the same park but on a different day and the boats were slightly newer and lighter. The main advantage was the members went away at weekends to paddle rivers in exotic locations such as North Wales and Anglesey. I managed to persuade people to lend me boats and gear to take me with them. 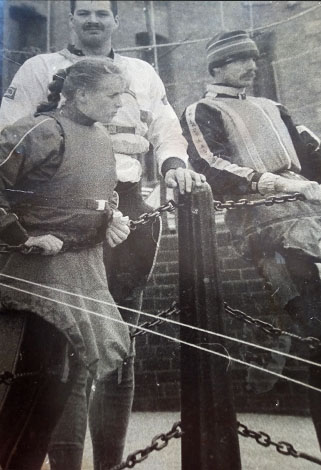 A very young Susan during a canoe competition at Albert Dock

After a couple of seasons I was good enough to gain a few teaching qualifications which enabled me to get a job in a water sports centre after I left school at 17.

The canoeing took place on The Leeds Liverpool Canal in an old pumping station a few bridges away from The Stanley Locks. It was my first introduction to a canal and I was fascinated by the concept of a network of water bodies that threaded their way around the country, with their links to the sea and by narrow boats.

The centre I worked for had a barge that people could book for day trips and the skipper, Lawrie lived on his own boat. I thought he was the most glamourous person I knew.

The canal was not a place to fall into; the local dogs that made that mistake never came out, instead they became bloated, stinking messes of fur…

Whilst the canoeing took place on the Leeds Liverpool canal, the sailing lessons were given in the far more salubrious Albert Dock (before the Liverpool Link was formed). Members of staff could have lessons for free! At last I could learn to sail! I use to spend all my spare time in a small boat, practising   as much as I could and loving every minute. 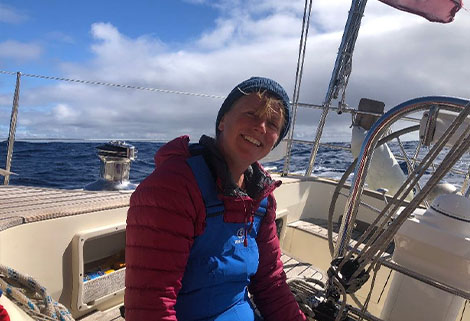 The job in Liverpool led to another in a Watersports Centre in Devon, then another in County Durham, unfortunately neither involved canals.

By then I had met my husband to be and at 21 found I was expecting a baby, 3 more followed in quick succession as did a move to a small holding and semi derelict house in Northumberland which we spend many years renovating.

As my children grew up I decided to go to night classes, to get some qualifications: something I hadn’t really bothered with whilst in school. After 3 years I got a place at Newcastle University to study marine biology and a whole new world opened up to me. I had lectures in a marine station on the beach, went to sea in a research vessel and had opportunities to travel and for further study. I was fortunate to get a job as a research associate when I graduated and the chance to study for a PhD in marine science. I was especially interested in how boats were designed to suit their environment. 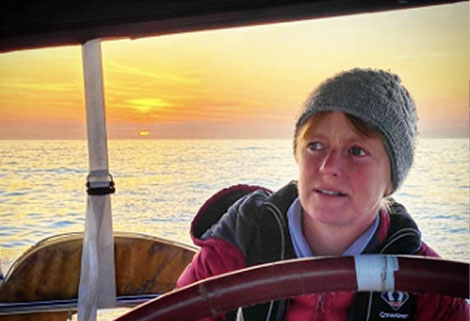 Susan sailing as the sun sets

After an amazing 13 years the lure of sailing boats began to call again so I took some sailing courses, gained some instructing qualifications and got a new job as a sailing instructor in The Lake District.

It was wonderful, every day was different. My enthusiasm knew no bounds and it wasn’t long before I had progressed to much bigger boats, learnt the art of celestial navigation, could find my way around a diesel engine, understood weather systems and finally became an Ocean Yacht Master in 2020 and a professional sailor. Childhood dreams do come true! 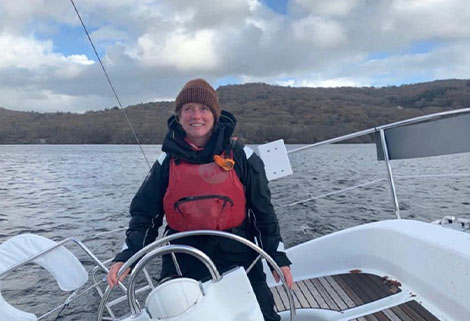 But the story doesn’t end there.

I have been fortunate enough to travel around the world on research vessels, sailed across oceans in yachts, caught fish in trawlers, taught sailing in beautiful locations but, apart from a brief family holiday, never experienced the joy of a narrow boat. I still remembered Lawrie, the coolest man of my teen aged years. And so I found myself in my early 50s, at a cross roads in my life. My grown up children were happy and independent, my home of 30 years was wonderful but I had itchy feet and my long marriage had come to an end. 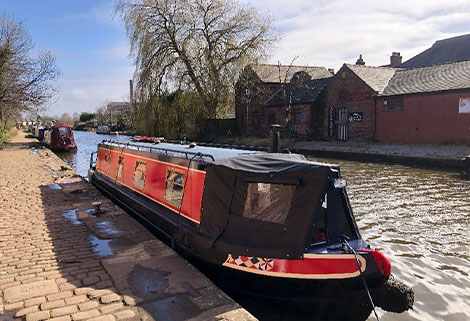 The solution came to me in the bath one day: buy a narrow boat, live on-board and travel the inland waterways.

My career path has expanded also. 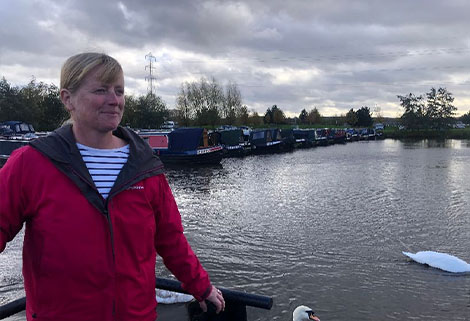 Along with my partner, I have set up ‘British Waterway Skippers’ a professional boat moving and private own boat tuition service which operates throughout the UK inland waterways.

It is the most wonderful life: both physically and mentally stimulating. I never know quite what adventures each day has in store for me, where I will moor up for the night, who I will meet along the way or what new things I will see to wonder at. I can’t recommend it highly enough.

I suppose in true story telling tradition I should end with ‘and we all lived happily ever after’ but I feel that this is just the beginning….