my adventure into writing 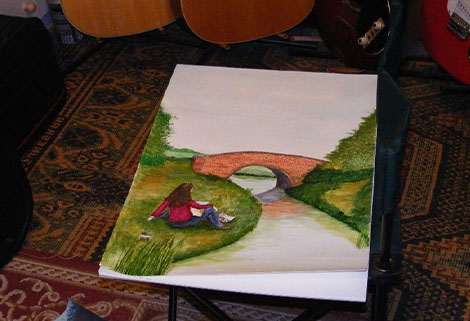 “Now, maybe” he thought, as he looked across the river “Maybe there is some rule, or byelaw that says that I should not be here at all.   Somewhere in some dusty office is a book in which is written an edict proclaiming that I should not do what I am about to do, however, in the absence of anybody to inform me of the fact or enforce said edict, I shall carry on and see what happens.”

This is a modified version of my thoughts on the day I first started the motor on my little boat.   I was sixteen and would have saved more for a moped but I got a slightly decomposing 15 ft 6 inch clinker ply cabin cruiser instead, and for rather less money.   Power came from an extremely rough looking British Seagull 4  horsepower outboard and not the 3.9 horsepower Mercury alluded to in my first book, “Mayfly.” I sold the Seagull a few months later, and with another twenty quid (which was all the money I had) bought the rather better Mercury which took me and the boat (Bee 1) on a few memorable journeys whilst I owned her. 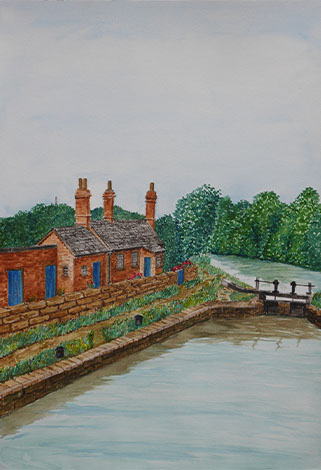 They do say that everyone has a book in them but, when I wrote that first paragraph about eleven years ago I didn’t even think there was a book.   A short story perhaps, but not a book, and certainly not eight of the things!   Jim and Amanda simply won’t either fade or go away.   Their adventure is ongoing as I am working to get this year’s book “The Mayfly Children” into print.   It’s hard to think that the main characters (who are both older than me) are still going strong.   Jim couldn’t possibly have known where the adventure would go, mainly because I as a writer had no idea whatsoever.   I just wrote bits as the ideas came into my head.   New people arrived and were written into the plot, all of which was held in my memory until I made a mess of things which I then proceeded to unravel.

I now have a timeline for the books that starts in 1931 and finishes (at the moment), somewhere around 2027.   The process I work by makes me (in the parlance of other writers) a pantser, or one who chooses to fly by the seat of their pants.   To write a book that way seems to work for me, but I wouldn’t fancy doing the same with any kind of aircraft! 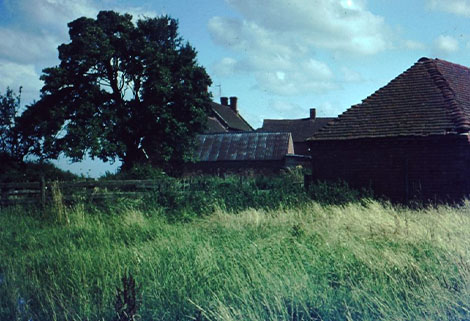 Whilst all of my stories are fiction, real life does appear in them in places almost as it happened.   The only difference is that they happen to someone else and not me.

The first day of my degree course at art school comes to mind as a mix of what was there and what I’d have liked to say about it.  I remember being ushered into a room at the top of the college with what seemed to be the result of fly tipping arranged in the centre.  I was told I could go into the other room which had a double bed with an array of saucy underwear strewn across it.   I stayed with the fly tipping and, after a quick charcoal sketch of it, I turned to the scene from the window across the rooftops of the town and drew that instead. 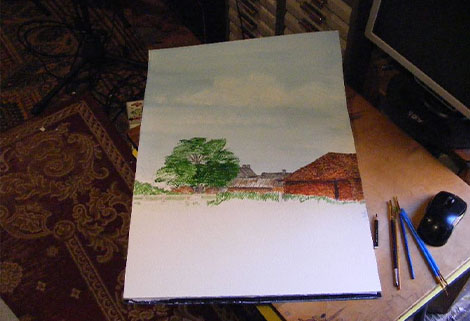 The words spoken by May in “Maze Days” were similar to the words I would have used if I hadn’t bottled them up for fear of appearing stupid or causing offence.   You’ll have to read the book to find out what happened after that!

Another character that sticks in my mind is Lou, who was based  on an actual lengthman that we met on our first family canal holiday in 1967.   He had worked for the canal company and was probably well beyond retirement age when we met him.   He was a quiet person who seemed full of knowledge of the area and the inner workings of the waterway.   Lou appears from time to time in pretty much every book despite him not being actually alive beyond the end of the first.

I am ever thankful to my father (who sadly passed away 30 years ago) for the collection of our holiday photos he took on 35mm colour slides.   He was never one to motor his way through film but each photo he did take counted for something.  His chosen Agfa film has not aged too well, leaving the slides with a rather warm colouration, but they are still invaluable as a reference to how things were and really useful when I am preparing the cover scenes, each of which reveals a little of the plot. 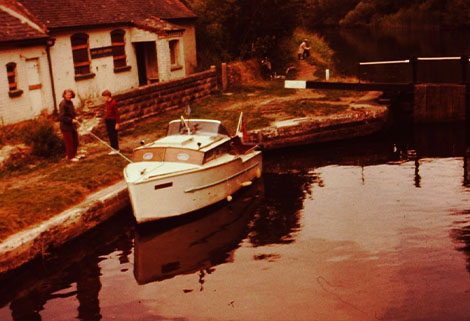 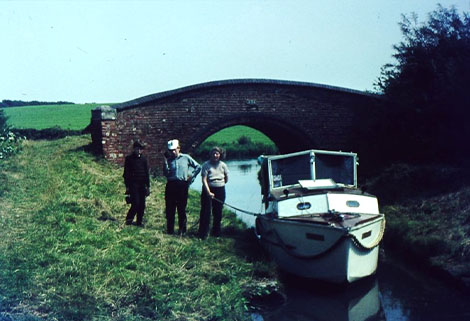 So, where did my adventure end on that day?   Jim Stratton may well have sailed away into the sunset with various unscrupulous people pursuing both him and his unlikely stowaway Amanda Donaldson, but my first trip was rather shorter lived. 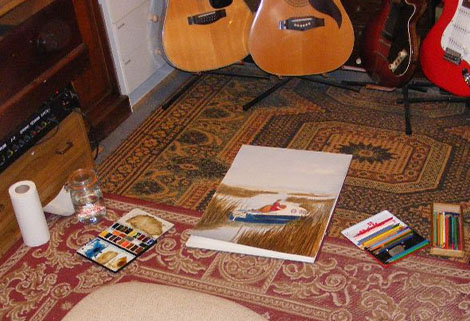 After doing my best to ignore some know-it-all that was giving unwanted advice on starting a motor he knew nothing about, I finally got the thing going and headed into mid river.   I may have started the thing but I’d not attached it tight enough, so it was soon  sitting at an odd angle on the stern and probably a minute or so from taking a dive into the Thames.   I stopped it and ended up scrambling to grab the side of a steel barge on the other side of the river whilst I tried to work out how to re-tighten the damn thing before going straight back to where I’d come from.

My adventures as well as those of the original characters in Mayfly are ongoing.   That there are a few similarities to my life in their world are probably not that surprising as all fiction is a mix of actual events linked by things that never happened so that they appear just that little bit more interesting and colourful. 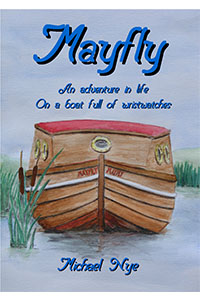 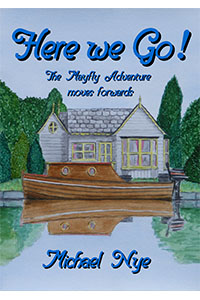 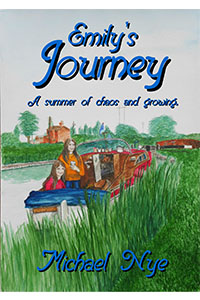 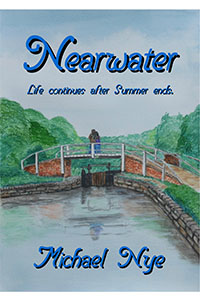 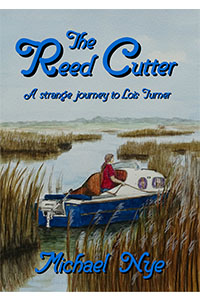 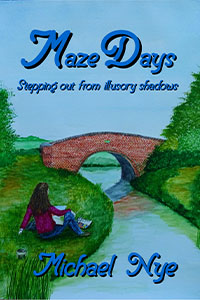 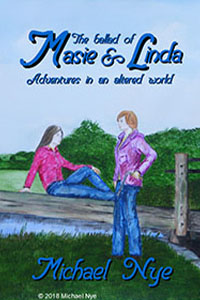 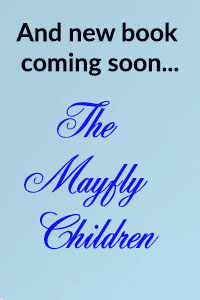