memoirs of walking the leeds and liverpool canal (2)

Back in July 2016 our ambition was to walk the whole of the Leeds and Liverpool Canal (in stages of course). I also had planned to walk the Leigh, Rufford and Springs Branches. It was an exciting challenge to have had that opportunity to learn about the industrial and social heritage along the canal and be swept away with the beautiful Pennines countryside.

We completed walking the Leeds and Liverpool Canal in June 2017. Please note the walks aren’t strictly in chronological order as some of the stretches have been walked more than once and not necessarily in order.

Leeds and Liverpool Canal is Britain's longest single waterway canal. The 127 miles stretch starts from Leeds, crosses the Pennines and finishes in Liverpool.

It was built in 1816, engineered by John Longbotham (with involvement from James Brindley and Robert Whitworth). The original aim of the canal was to transport goods quickly and economically from city to city. Today the canal is used for leisure purposes such as boating, walking, running and cycling on the towpath.

Further information about the canal can be found here. 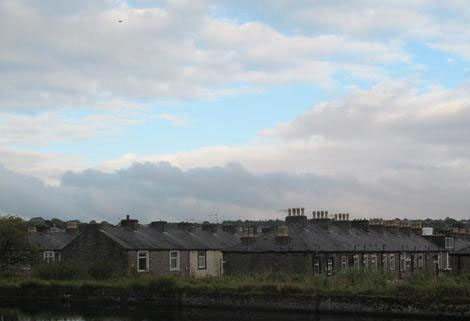 If we were walking the Leeds and Liverpool Canal before 1974 we would have begun our walk in the historic West Riding of Yorkshire and eventually crossed into Lancashire. We walked approximately 13-14 miles from Barnoldswick to Burnley.

We passed Salterforth, crossed the historic border boundary, and reached Foulridge. There we had to take a diversion from the eastern tunnel portal to the western one via Lake Burwain Reservoir. There is no towpath under the tunnel.

The two mile diversion is scenic though it was grey and drizzly when we passed through. We sought shelter from the trees when we stopped for lunch. We rejoined the towpath at the western portal of the Foulridge Tunnel. We descended Barrowford Locks, the only locks on this stretch of the canal. We reached Nelson and stopped for a drink at its Morrisons.

After a cuppa we continued our walk passing Brierfield and Reedly. We could hear the busy and noisy M65 in the distance. We eventually arrived into Burnley via its Straight Mile, a canal world wonder.

We finished at the Embankment where it was a short walk to the bus station. We boarded a bus, X43 Witchway, back to Barnoldswick. 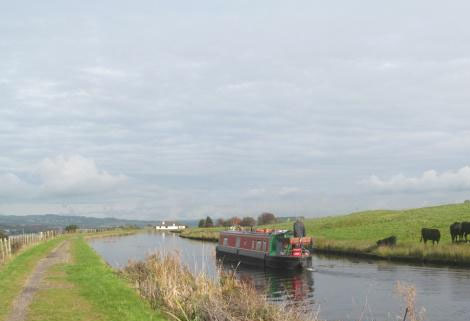 We caught an early train to Burnley Manchester Road. On arrival at the station we walked through the town centre and reached The Embankment to resume our 10 mile walk. We began walking at the town’s ‘Weavers Triangle’ which is linked to Burnley’s Industrial Past and heritage and soon after we crossed the M65 on its aqueduct.

This is the first walk in a while where we wouldn’t come across any locks however we were rewarded with stunning scenic views from the canal between Hapton and Clayton Le Moors. We had to divert at the Gannow Tunnel in Whittlefield and rejoined the towpath at the other end.

We got lost finding Church and Oswaldtwistle Railway Station but we eventually found it by ‘accident’ after we sought directions from a passer-by. We caught our train home via Accrington.

Things to see and do:
Weavers Triangle
Gannow Tunnel

Food and Drink:
The Albion 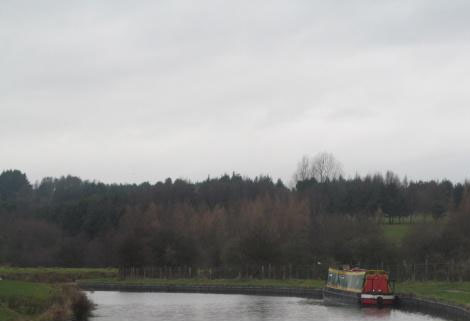 It was quite a while when we resumed our canal walking. We picked up where we left off in Church for our seven mile walk to Blackburn. We passed industrialised Oswaldtwistle but soon we were out in the countryside passing West End and crossing Dunkenhough Aqueduct to Rishton. We briefly stopped in Rishton for a coffee and continued walking to Norden. We sought shelter under the bridges as the weather was miserable and grey with the drizzly rain thrown in.

We stopped at the Tesco’s Café at Greenbank, on the outskirts of Blackburn, and we passed the Daisyfield Mills Building which used to house the former Granada Studios. We reached Blackburn and finished at its Eanam Wharf. We descended into the town centre for the bus back to Church.

Things to see and do:
Eanam Wharf 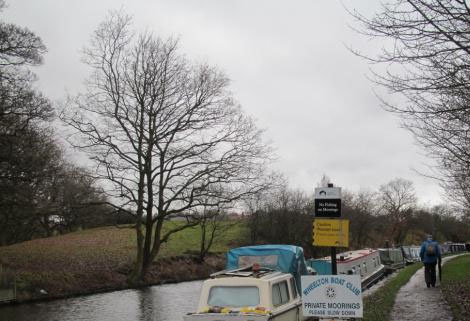 Another early train to Blackburn and on arrival we had breakfast at the nearby Morrisons. After breakfast we made our way to the canal and we resumed our walk at Eanam Wharf. We met some dodgy characters who were probably up to no good but undeterred we continued onto the Blackburn flight of locks via the aqueduct over the River Darwen.

It is a pity we experienced rain and wind on our walk but we came prepared the best we can. We stopped at Riley Green for a coffee break and walked a further three miles to Wheelton Boatyard and Johnson Hillock’s flight of locks. There we stopped at the Top Lock Pub for a winter cap after which the weather deteriorated – my camera packed in as the cold weather affected the batteries. I couldn’t take any more photos.

Passing Walton Summit Branch and Botany Bay we reached the outskirts of Chorley. The canal doesn’t run through Chorley Town Centre so we had to walk 20 minutes or so from the canal to the bus station where we got our bus back to Blackburn. We reviewed our travel arrangements for our next walk because we waited a long time for our connections involving our Blackburn bound bus and Leeds bound train respectively.