holiday on a narrowboat in 1950s

a holiday on a narrowboat in the 1950s

I did not keep a diary at the time so this account is entirely from memory. 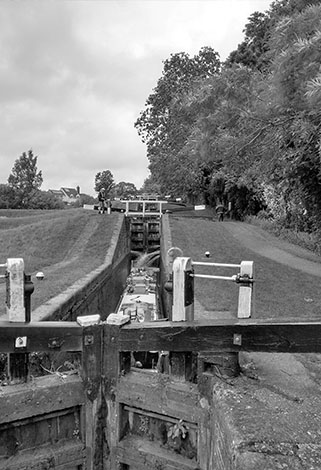 My friend, Janet, and I, both in our twenties, decided we would enjoy a week’s holiday on a narrowboat. It was not a working holiday, so we were not expected to help at the locks. We were to board at Market Harborough on the Grand Union canal.

Janet drove a car of her own, which was quite unusual for those days, so she drove us there. We arrived in a thunderstorm to find that some of the guests had got there ahead of us and had gone back home because their bunks were wet. Ours were not too bad, so we decided to stay.

We found that there were two boats, one leading the second. On board were Annie and Ernie, the bargees. They had been engaged for 15 years but had not made it to the altar. Also on board was one of the owners, and the three of them were arguing throughout the week.

The rain storm had affected the electricity so we had to use candles all the way. 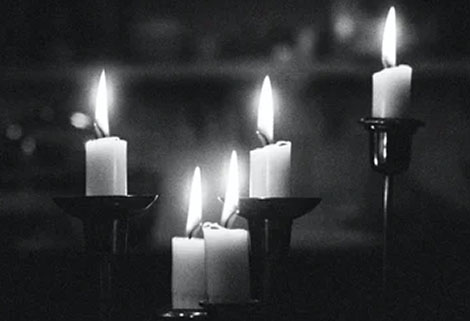 There were two elderly ladies also on board and they offered to teach us how to play Canasta, the only time I have ever played that card game. We enjoyed most evenings playing cards but the candle flames attracted the moths and we spent a lot of time waving our arms about to keep them away.

It was not long before the leading boat broke down. So the second boat was brought forward to lead the way until that, too, broke down. I don’t remember where we should have finished the holiday but we never reached wherever it was and got no further than Rugby.

We then had to get back to Market Harborough to collect Janet’s car, and must have travelled by train. 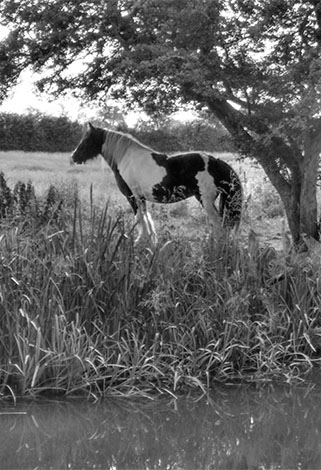 Other memories are the peace when gliding slowly along the canals and seeing a part of the countryside that the motorist never sees. On one occasion, we found a sheep that had fallen down the bank and was standing on a ledge at the side of the canal. Its wool was sodden and it was too heavy to clamber out again. We were able to alert someone further along the bank.

We went through a tunnel where, in a previous era, boatmen had to leg it through. Boating readers will know which tunnel that was.

Another pleasure was mooring of an evening at a canal side public house for an evening meal and a drink. Magical moments!

We never received an apology from the holiday company. These days, we would have complained and asked for some if not all of our money back but there were no trading standard laws in the 1950s and consumers just put up with anything dealt out to them.

I was surprised to receive a brochure the following year – as if nothing untoward had happened to us.