The Huddersfield Narrow Canal runs for almost 20 miles from Aspley Basin in Huddersfield to it's junction with the Ashton Canal at Whitelands Basin in Ashton-under-Lyne. It  has a daunting 74 locks which ascend and then descend the Pennines, making the canal the highest in the country at one point. The canal also boasts the longest, highest and deepest tunnel in the country. The Standedge Tunnel is 5,700 yards long, and to pass through you need to have a chaperone with you, so you have to book passage. 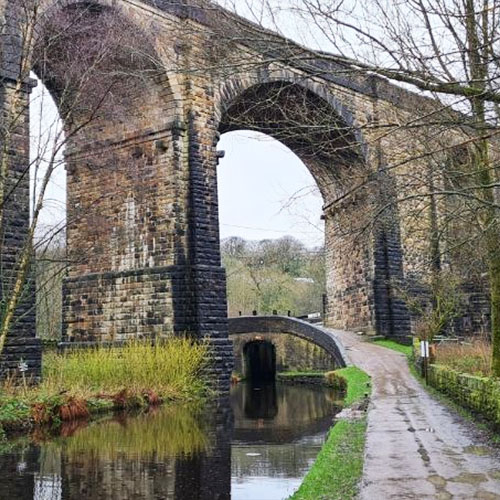