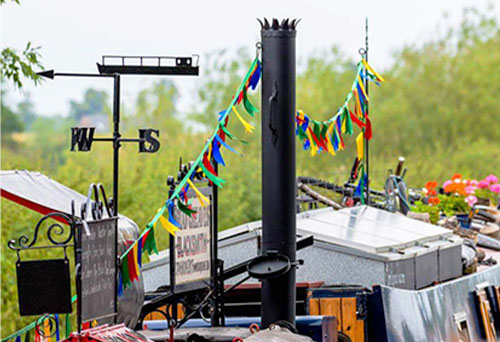 Brian & Jane's narrowboat is warm and welcoming compared to the chilly weather outside, smoke curling from its chimney, and frost sparkling on the ground.

It's an unusual life, to say the least, that began when the couple borrowed a canal boat from one of Jane's colleagues for their honeymoon. They fell in love with the canal life and it wasn't long before they were living on the water more permanently. 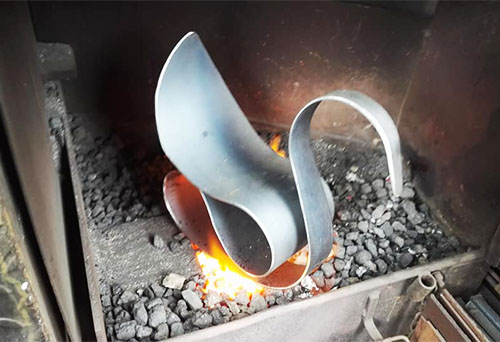 Brian did his apprenticeship as an engineer in Skipton in Yorkshire, then went on courses to learn blacksmithing - something that would give his creativity a freer rein.

Brian and Jane were already living on board narrowboat Emily, when Brian started to build tugboat 'Bronte'. It took him over three years. Bronte has an engine in the aft section to push the engine-less narrowboat Emily along.

It also has a fully working smithy's forge. 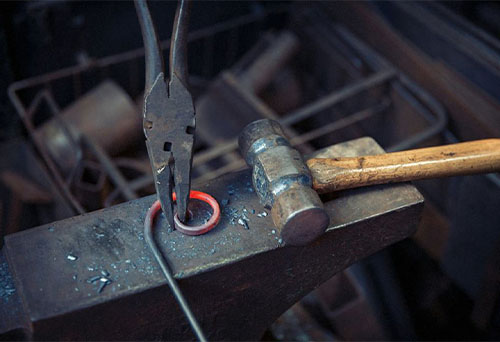 This year marks their 30th year living on board Emily. In that time they have had two children, Lewis 26 and Frances 24, who spent their lives aboard until leaving for university.

Jane & Brian have been roving canal traders for the last 6 years, travelling the whole canal system at a gentle pace, Brian producing a large range of hand forged iron work beautifully combining form and function. His work is mainly self designed, with a small range of traditional designs.

Brian also undertakes commissions to your own design or can design for you.

Brian Greaves has a fully operational forge on his narrowboat tug 'Bronte'. His wonderful pieces of ironwork, from pokers to delightful sculptures, are created on board, and it is always a special privilege to be able to watch him at work.
You can find out where he is by following him on Facebook "the Blacksmith's craft"