tales from the old cut 1 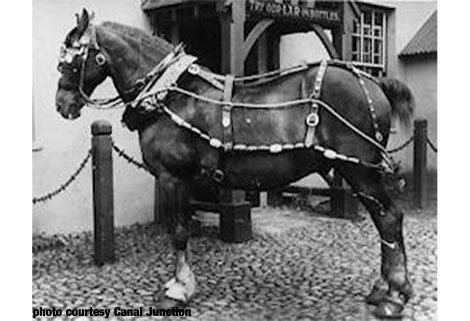 As long as there has been inland waterway navigation, there has been equine motive power. It makes sense; by water, the weight of the load is significantly reduced. In 1810 someone did the calculations and came to the conclusion that one horse and three men could move as much by water as sixty horses and ten men could by road.

Perhaps the earliest mention of what we would recognise as a boathorse actually comes from around 37bc, when Horace writes of a mule drawn boat:

Now night was preparing to draw her shadows upon the earth and to spread constellations over the heavens: then our slaves began to hurl abuse at the boatmen, (and) the boatmen upon our slaves:
"Bring (her) over here"; "You are letting in three hundred"; "Whoa! that is enough now." While the fare is collected, (and) while the mule is being harnessed, a whole hour goes by. The troublesome gnats and the marsh frogs make sleep impossible; a boatman, drenched with plenty of flat wine, sings of his absent mistress, and a traveller tries to vie (with him); at last, the weary traveller begins to fall asleep, and the lazy boatman fastens the halter of the mule, (which has been) turned out to graze, to a stone, and snores, (while) lying on his back. And now the day was at hand, when we see that the boat has made no progress at all, while one (of the travellers), an irritable (fellow), leaps out (of the boat) and wallops the head and the sides of the mule and the boatman with a stick of willow. (Satires Book 1, no 5 A journey to Brundisium)

While this takes place in Italy, it is not a stretch of the imagination to see the Romans doing exactly the same on their British waterways, including what is now known as the Fossdyke and Witham
Navigation.

Britain continued to bring horses to the side of the boats through the Tudor and Stuart period, with teams of horses being recorded alongside the gangs of bowhauliers working on the Thames in times of low water or wind. 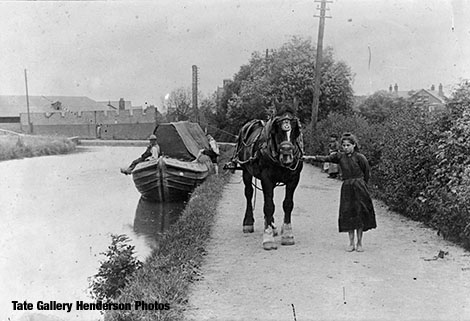 When the industrial revolution began to arrive, the fact that separate companies built and controlled some of the towing paths, and that there were fights between bowhauliers and horse-hauliers (with one particular riot in 1832 getting so out of hand that the army had to be brought in the quell it), tells us that horse boats were a novel idea. The first ones were also, like Horace’s mule, ill-used without a thought. Constable’s 1825 painting “The Leaping Horse" shows a poor barge horse weighted down by his heavy harness being made to jump a stile by his ill-seated rider. The companies were supposed to fit swinging gates, but stiles being the cheaper option proved much more popular (and in some places remained so right up to the 20th century, with the 1904 Bradshaw guide noting their presence with disgust.)

As the century progressed however, people became more conscious of animal welfare. In 1836, the Mersey and Irwell Navigation committee appointed a inspector following reports that horses were “often unmercifully flogged and otherwise cruelly treated”, and by 1876 there was undisguised horror in the Warrington Examiner over a horse on the Bridgewater Canal found being forced to work covered in sores and wounds. 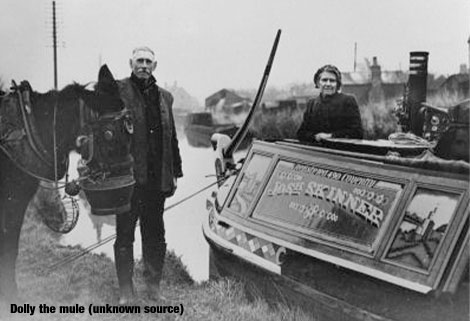 The Bridgewater, arguably the first true canal, opened the horseboating game in 1761 without actually using a horse. Francis Egerton, the 3rd Duke of Bridgewater, was an idiosyncratic industrialist who smoked like a blast furnace, dressed like a scruff, swore like a sailor and had absolutely no time for frivolity, once scything the heads off of some flowers a servant innocently planted in the utilitarian gardens of Worsley in an attempt to brighten them up a little. The Duke, inspired by successful Canal du Midi in France, joined forces with James Brindley and John Gilbert to come up with an English version, and he recognised that mules were smarter, tougher and more agile than the horses available, and so the first boat to traverse the canal was ​hauled by a pair of mules working side by side. So certain that mules were the better choice for the canal work, he even had a small stud enterprise to try and supply the boats. The Duke was one of the few who recognised that a mule, although perhaps not as aesthetically pleasing as a horse or pony, is usually superior to it’s donkey sire and horse dam, combining the better traits of both and putting them in a body that lives longer and works harder on less fuel. Despite this, the traditional prejudice of them being the poor man’s animal meant that they were not commonly chosen by boaters or companies. The Duke would probably be quite smug that some of the last horse boats were actually pulled by mules, ‘Gifford’ behind a grey mule belonging to Mr Bunford and ‘Friendship’ behind Dolly, belonging to Joe Skinner. 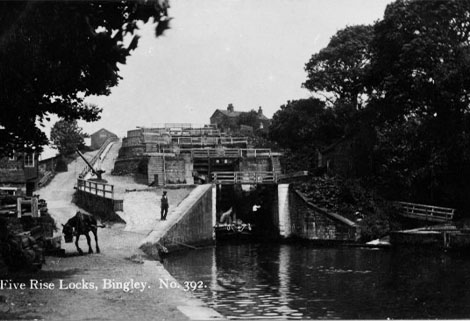 Donkeys too were used at times, in pairs or sometimes trios. A boater on the Stourport Canal used a pair of donkeys that were actually faster than most horses. Alf Edwards remembered: “They towed to Stourport and then rode on the boat on some straw which was thrown over the coal, whilst the current of the River took it to Gloucester.” The creature getting a lift on the boat wasn't that uncommon a practice. On the fenland waterways, turn-over bridges were uncommon as the horses were generally ferried across when the towpath changed sides; on the constructed waterways, where a family worked a pair of horse boats and an unevenly matched team of two (for example, a horse and a pony), the slower of the animals would be led into the hold of one the empty boats and allowed to ride in state so the boats were not held up.

There are many chapters and characters in the story of the boathorse who are now all but forgotten; the mighty barge horses towing with traces of forged chains, the stocky ponies and cobs stepping out in gaily painted bobbins, and all the others who have left their mark on the canals we see today.