Bilgeaway uses a non-toxic solution to extract hydrocarbon contaminants (petrol, diesel, engine oil etc) from water and render them non-reactive, leaving environmentally-friendly contents in a cartridge which can be disposed of and the housing re-used.

The product’s a ‘first’ because while other filter systems trap hydrocarbons, they fail to de-contaminate them, transferring the disposal problem elsewhere (typically a landfill site causing further land-based contamination).

Bilgeaway’s capable of removing hydrocarbons to less than three parts per million (ppm) and doesn’t exceed five ppm. The UK Boat Safety Scheme requires hydrocarbon content to be less than five ppm when discharged into the waterways and the Marine Pollution Authority’s contaminant limit for coastal waters is 15 ppm.

Ten and 20 inch filters are available in plastic, chrome and stainless steel (the latter two for larger cruisers and yachts) and prices start at around £150 for the filter and £35 for the cartridge. 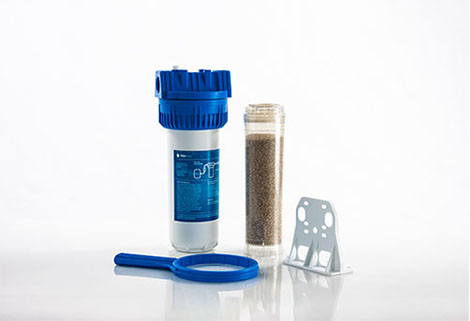 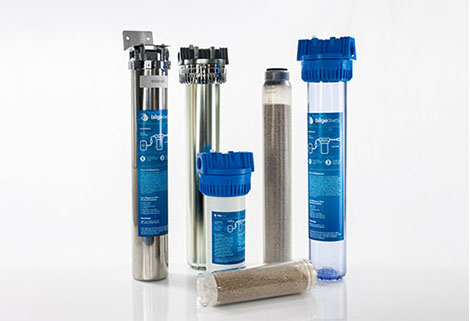 Bilgeaway has a three year warranty.

Simple to install and intended for use with a conventional bilge pump, Bilgeaway works with any current bilge system. When used with a high-pressure pump, the flow rate is significantly higher.

“As current bilge filter solutions had a poor reputation, we wanted to ensure ours exceeded expectations,” says RCR operations director, Jay Forman. “In any water type and temperature, with any hydrocarbons, Bilgeaway continues to operate for an unrivalled length of time, without leaching pollutants into the environment.”

The firm’s engineers began working on a prototype in February 2018, and in May, showcased their innovation at the inland waterway show, Crick. Visitors described the filter as ‘remarkable’ and something that should be ‘mandatory’ on all boats.

While RCR’s filter content is classified non-reactive - as bacteria naturally break down the hydrocarbons without harming the environment - the molecules present means it has to be disposed of as hazardous waste.

In response, RCR has teamed up with WasteApp –a newly-launched UK-based tool that connects businesses and people to their nearest waste treatment facility. Once registered, users input their mooring or local boatyard/marina postcode, plus a waste code of 150202, and a list of locations will appear.

The app’s primarily for commercial use, but available to boaters and free to use during its launch phase, where feedback on functionality is welcomed.

RCR hopes to offer a free disposal and recycling service in the future, and is in discussions with  marinas and chandleries to arrange cartridge drop-off locations and various agencies to set up a national and potentially global network of composting sites.

Jay concludes: “If every boat owner installed a filter, in 10 years’ time the waterways environment could look completely different and the oil slicks in marinas and harbours would be a thing of the past.”

RCR is working in partnership with 54North – a global distribution specialist that will help take Bilgeaway into both the recreational and commercial boating markets.

Click here for links to Bilgeaway; 54North; WasteApp and RCR

River Canal Rescue Ltd (RCR) is a marine breakdown recovery and emergency rescue organisation based in the UK. RCR was introduced to the product in 2017 at an exhibition and quickly realised the impact this could have on the world’s waterways. RCR went to work proving the concept and successfully built a prototype. The firm’s engineers then worked with the developers of Harena to develop a filter for sale to the marine market.
Call: 01785 785 680 Write: Email Visit: Website Link