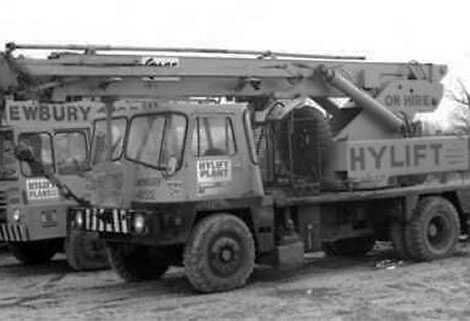 When my husband was alive, we owned a family business, Hylift Plant, based in Newbury, Berkshire.

We provided platform hoists (more commonly known as cherry pickers) for jobs that required one of our employees to work at heights of up to 60 feet, and hired out mobile cranes whenever an object was too heavy to lift manually.

Our platform hoists enabled our employees to clean motorway lights, a job that they were happy to do because of the £10, £20 and sometimes £50 notes that had blown out of car windows and were found lying on the central reservation!

Among other jobs, the hoists had also been employed by TV studios for the 'Sooty' and 'Worzel Gummidge' shows, one operator having to drop ‘snow’ down onto the actors.

As for the cranes, as well as run-of-the-mill jobs of construction work, such as skipping concrete and lifting steel, other jobs our excellent crane drivers were asked to do were many and varied. 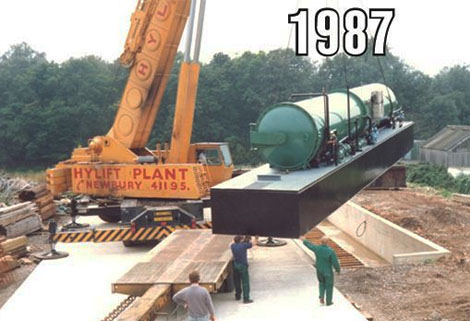 They lifted a piano out of an upstairs window; installed a bronze camel in Mayfair; and put an air conditioning unit on the roof of Buckingham Palace.  Our cranes suspended an escapologist at a couple of fairs, held up a rocket ship in the James Bond film The Spy who Loved Me, installed anti-escape devices in Reading and Winchester prisons and unloaded a World War II Liberator from a lorry at Blackbushe airport for a museum.

More upsetting, they attended the Twyford railway crash and sometimes recovered crashed vehicles. They also lifted boats in and out of the water for cleaning or repair.

One such job was a two-hour mission to recover a half-submerged river cruiser named The Slug. This 25-year-old boat had sunk at her moorings when a hull seam failed. My husband’s brother donned scuba diving gear to plunge into the Kennet and Avon canal near West Mills in Newbury. His job was to secure the crane’s lifting straps around the hull and he was assisted on shore by three of our employees. As the boat was slowly and carefully raised, a friend of the owner went on board to help pump her out.

The boat was successfully recovered then delivered to the front garden of the owner’s home, prior to its breaking up for firewood.